An Executor may be personally liable for unpaid Estate Taxes | August 2, 2021

A Corporation Can Be Held Liable For Payroll Taxes On Wages It Should Have Paid Its Owners / Officers | July 19, 2021

No Clothing Deduction For Wearing Ralph Lauren Clothing | May 10, 2016

Whistleblowers Do Not Get Paid For FBAR Civil Penalties | May 9, 2016

Law Firm Operating as a C Corporation Hit With Non-Deductible Salaries and Dividend Treatment and Penalties When Zeroing Out Income to its Shareholders as Salary Bonus | February 12, 2016

Estate Litigation – Father Held Not to Have Abandoned Son and Therefore Entitled to a Share of His Deceased Son’s Estate | December 14, 2015

IRS Explains Deductibility of Business Donations to Entities Where Percentage of Sales Promotion are Donated | October 30, 2015

Third Circuit Holds That the IRS Can Compel Production of Foreign Bank Records Over a Fifth Amendment Assertion | July 22, 2015

Victim of a “Pump and Dump” Scheme Not Entitled to Theft Loss Deduction for Losses Incurred | June 25, 2015

Lawsuit Settlement Payments Not Deductible For Income Tax Purposes After Claiming Same as a Deduction For Estate Tax Purposes | June 15, 2015

Even Minority Shareholders Can Be Hit With Transferee Liability for Unpaid Taxes When the Corporation Does Not Pay the Taxes | March 26, 2015

A Merger of Two Family-Owned Companies May Result in Taxable Gifts| October 8, 2014

There is no Bankruptcy Protection from Inherited IRAs | July 7, 2014

When Brothers Feud, They Can Split Up Their Corporation in Two and Go Their Separate Ways in a Tax Free Exchange | April 17, 2014

Per the U.S. Supreme Court, Every Citizen has Every Right to Save Taxes Legally | December 23, 2013

Recent Tax Court Case Outlines Factors in Determining Whether the Commissioner’s Determination of a Fraud Penalty Should Be Upheld Against Taxpayer’s Omitting Income | November 5, 2013

Negotiations on a Tax Information Exchange Agreement Between the U.S. and the Cayman Islands Conclude| August 20, 2013

Appellate Court Affirms the Tax Court That the Period to Petition the Tax Court for Denial of a Collection Due Process Hearing is 30 Days | July 29, 2013

Supreme Court Hears Two Days of Oral Arguments on the Constitutionality of DOMA in an Estate Tax Case | March 29, 2013

Sole Shareholder Can Receive Employment Agreement Payment on Sale of Business Rather Than Corporation Because Shareholder Sold His Good Will | November 12, 2012

Sometimes Even With Bad Partnership Documents, Estate Tax Discounting May Be Possible | October 8, 2012

Executors Themselves Can Be Personally Liable for IRS Penalties | August 20, 2012

First Circuit Court of Appeals Finds No Abuse of Discretion in the I.R.S’s Rejection of O.I.C. | July 6, 2012

Tax Court States that Timely Proper Receipts for Charitable Contributions from a Charity are Required for a Donation to be Deductible | June 1, 2012

IRS Has Invited Practitioners to Comment on the Tax Treatment of Decanting | January 4, 2012

The New Estate and Gift Exclusion Amounts Have Just Been Released for 2012 | October 6, 2011

Tax Advantages of Purchasing Property (including Qualified Real Property) for Business Use This Year | September 16, 2011

The 10 Year Statute of Limitation for Collection After Assessment May Be Extended By an Offer in Compromise | August 22, 2011

Pending Legal Malpractice Claim Against a Decedent is Disallowed as a Deduction Under the Federal Estate Tax If Claim Amount is Uncertain | June 6, 2011

Tax Court holds that the IRS May Reject a Taxpayer’s Offer in Compromise Where He Dissipates Assets Through Day Trading Losses | April 29, 2011

A casual gambler may not offset winnings by losses

Please fill out the form below and one of our attorneys will contact you. 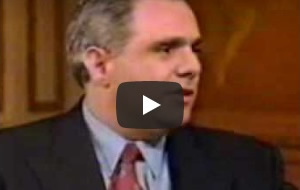